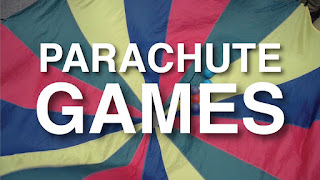 Parachute Games are Great Fun Indoors, Outdoors, or anywhere a group of children, teens or adults gather.  Parachute Games are not only stimulating and fun, but they are a wonderful tool for building cooperation, social interaction, and active exercise!

What You Will Need

Parachutes can make out of 2 large flat bed sheets sown together, but a ready-made parachute is not expensive, can be used many time, is easily cleaned and usually comes with handles or cutouts for easy griping.  We Suggest our 12 Foot Parachute with easy-grip handles.

How to Get Started 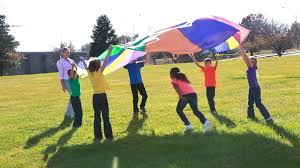 The Caller will name a child to run under the parachute, but this time all of the children will bring the parachute down at the same time in an effort to “trap” or “capture” the running child under the parachute.  Make sure that none of the children are “claustrophobic” ahead of time.  The first child to be captured should be one you are sure will set a good example about being “trapped”.  The game continues until each child has had a chance to be caught.

The children will stand or sit so that the parachute is taut.  Place a ball in the middle of the parachute and see how many times the children can work together to flip the ball in the air and get it to land back in the parachute.  You will need a person to run after balls that escape and pop out of the parachute. The Caller will help to coordinate the efforts of the kids by rhythmically calling “up” and “down”.  The children should all count the number of successful bounces.  (You might want to practice counting in Spanish, French, or another language you know).

Place 2 or more balls in the Parachute.  Try to keep all of them in the middle of the Parachute as you pop them up in the air and catch them again.

Have the children stand with the parachute taut.  Place a ball on the edge of the parachute and try to make the ball go around the perimeter of the parachute by having the child closest to the ball raise one arm and lower the other in order to move the ball toward the child next to them.  Each child in succession will perform the same task, so that the ball will circulate.  (Think “wave”)  This takes a great deal of coordination and may not be appropriate for young children.

Switcheroo!
Get the Parachute moving up and down in a smooth fashion.  The Caller will name two children who will then run under the parachute as it rises and change places.

We welcome your comments and other game suggestions.  The goal is to have fun, develop cooperation, interact socially,  improve gross motor skills, and get a good cardiac work-out!!


Unauthorized duplication is a violation of applicable laws.
Posted by Trisha Roberts, Blog Administrator at 12:51 AM

Email ThisBlogThis!Share to TwitterShare to FacebookShare to Pinterest
Labels: Activities and Toys, Games, How To 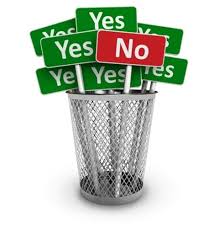